There are some places that once you see a photo of them it gets stack in to your head. Well at least that happened to me. Deadvlei was for me one of those places….

My trip started in Windhoek, and the first part of it was a 3d/2n  camping tour visiting the  world’s highest sand dunes and steping foot in the world’s oldest desert at Sesriem & Sossusvlei.

The first day was a long drive day, from Windhoek to Sesriem Campsite, 340 km around 4-5 hours drive. We arrived at the camping site with time enough to put the tents and sow the sunset from the Elim dune, which is really close to the camping, it was nice first impression of the Namib dessert. 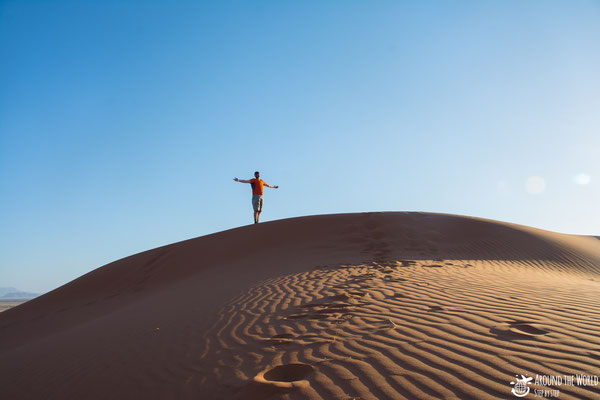 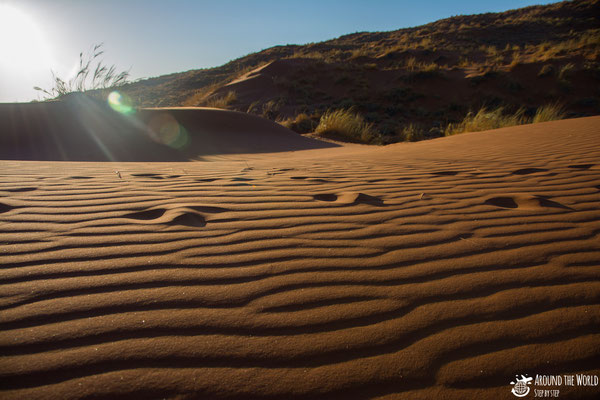 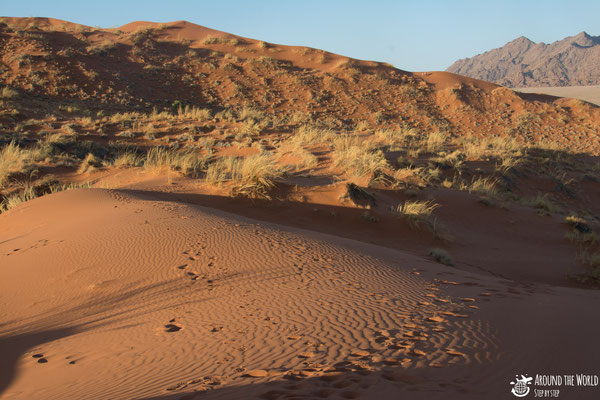 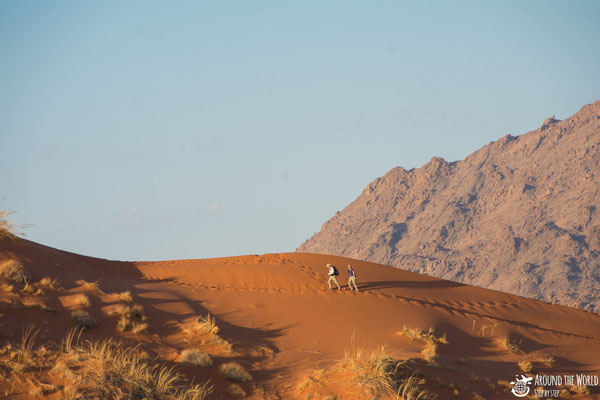 One most famous dune in Namibia, its name comes from the fact that it is at the 45th kilometre of the road that connects the Sesriem gate and Sossusvlei. It is about 170m high.

This day we woke up really early in the morning and arrived to the dune when the sun was already started to rise up. To get to the top is quite a hike, easier if you step into footsteps left by someone else. They’ve already packed down the sand slightly with their weight, which makes it a better foothold and sliding backwards less likely. When I arrived to the top there were just a couple of persons a little bit further than me, so I had a good position.

The sun finally rose completely and I couldn’t believe the beauty in every direction, I coud spent hours sitting there just waching around me. The colors of the dunes varied depending on the angle of the sun and the direction the dune is facing. 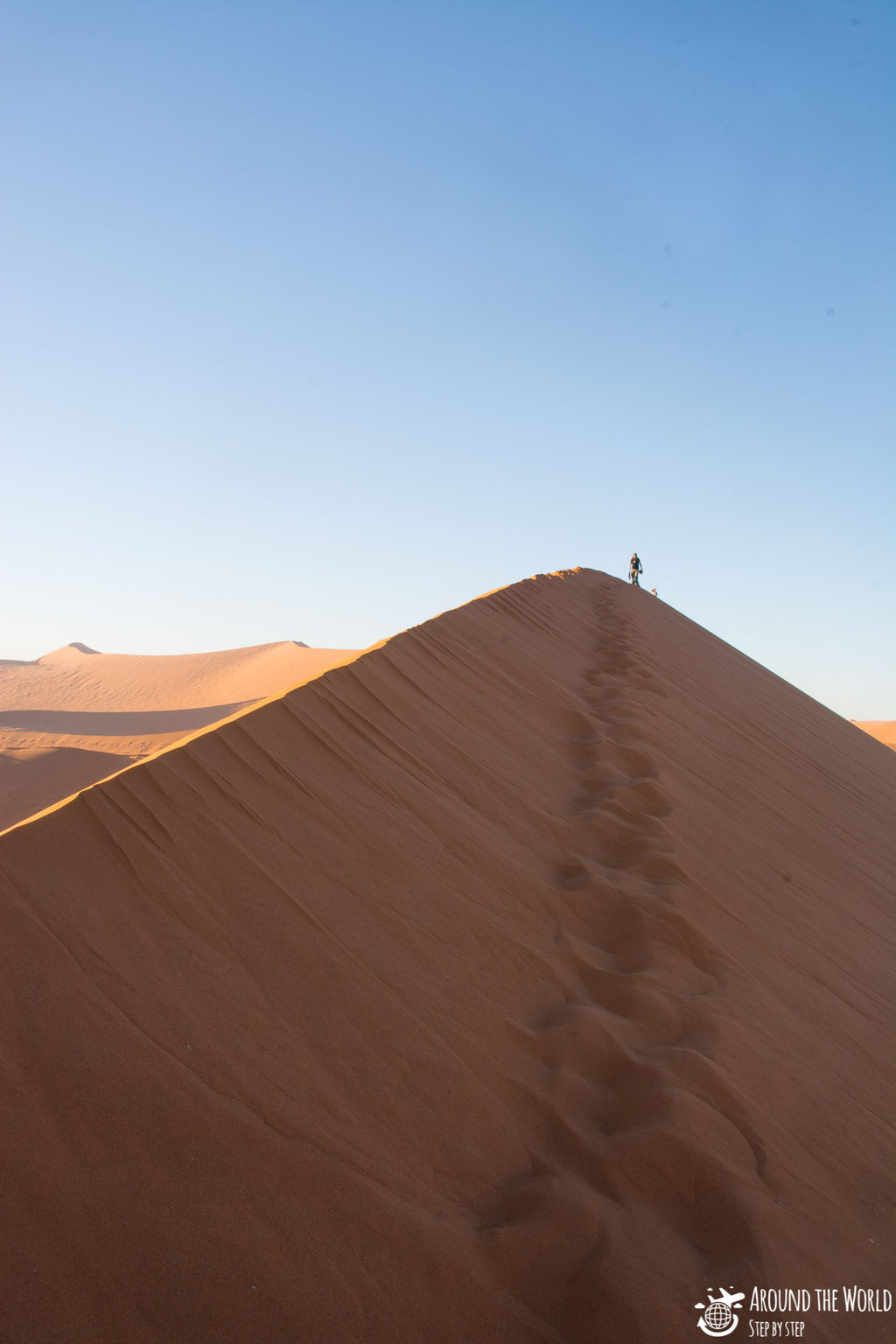 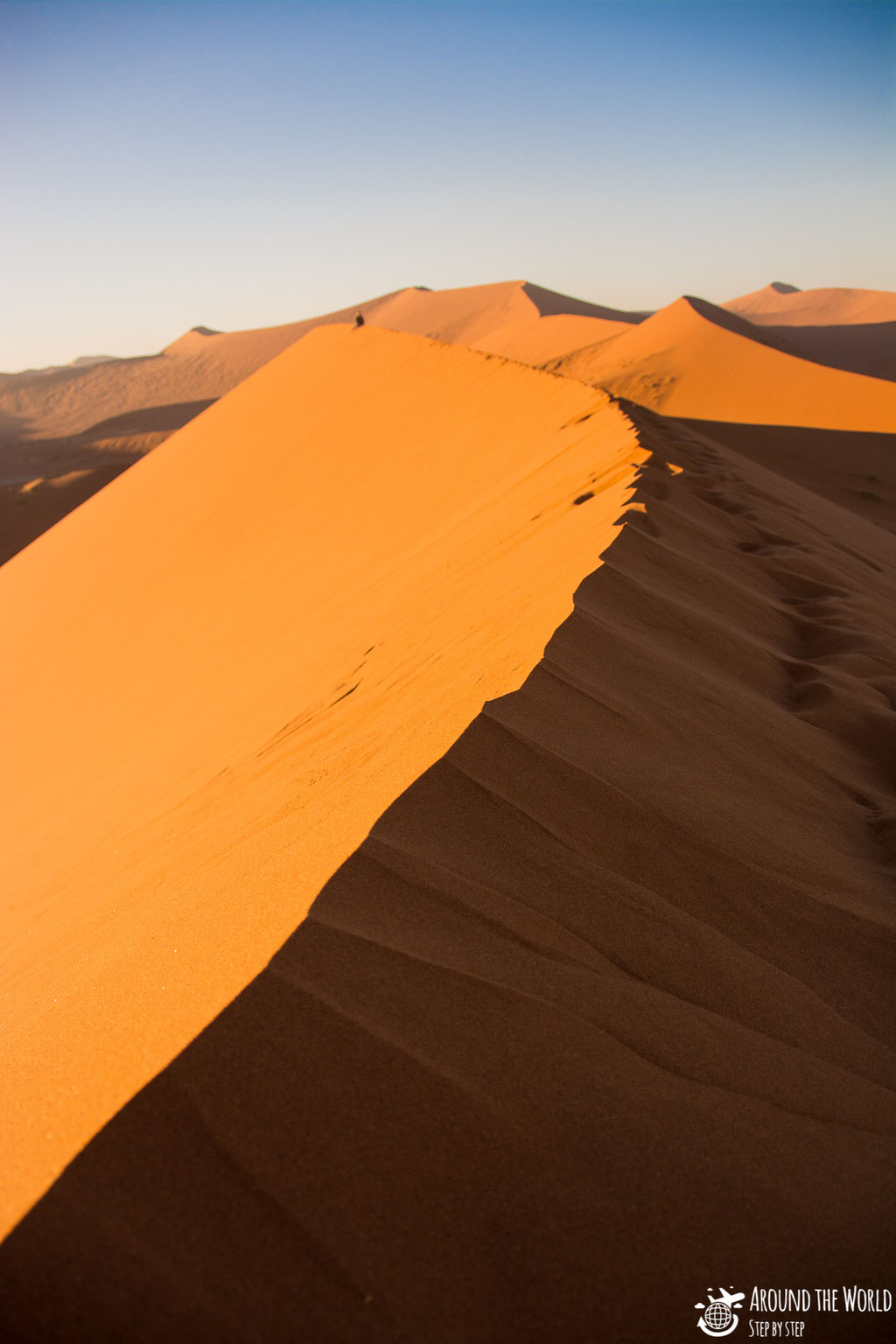 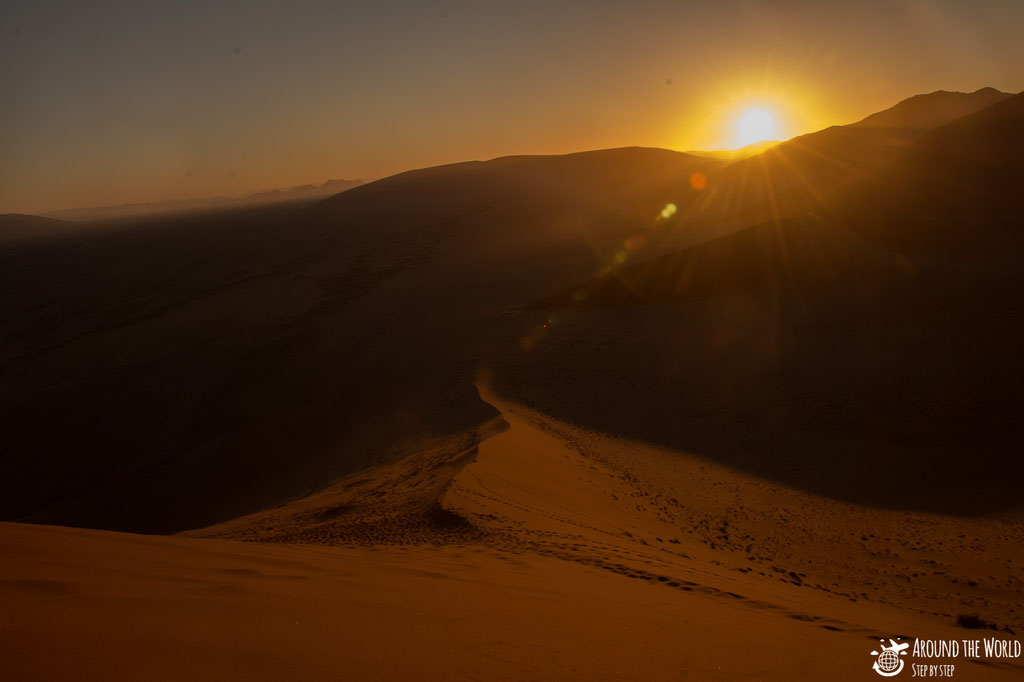 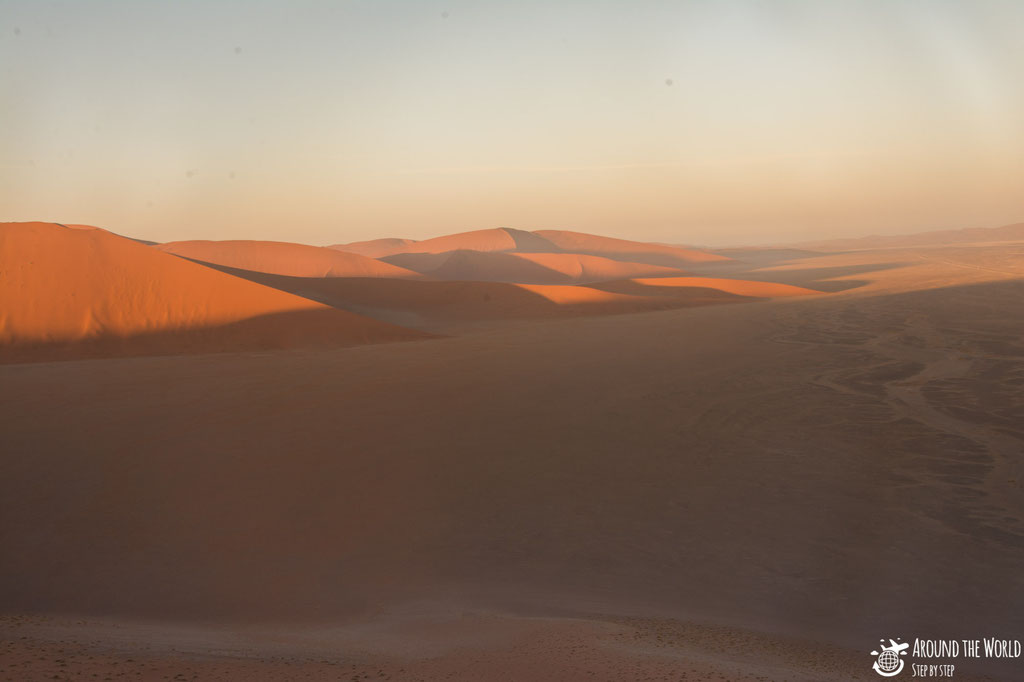 After spending quite a bit on the top I went down from one side of the dune, way more faster and funnier. The filing was as I was floating somehow. When we were half way down, we start to heard a weird noise and dune start to vibrate, the feeling was if I were walking on a street while the underground is passing under.

Later I learn that is a phenomenon called singing sand and happens when there is a sand avalanche (not a big one just by walking on the dune) and when there are centen conditions . I don’t have any footage of it but this video might give you an idea of  what I heard. 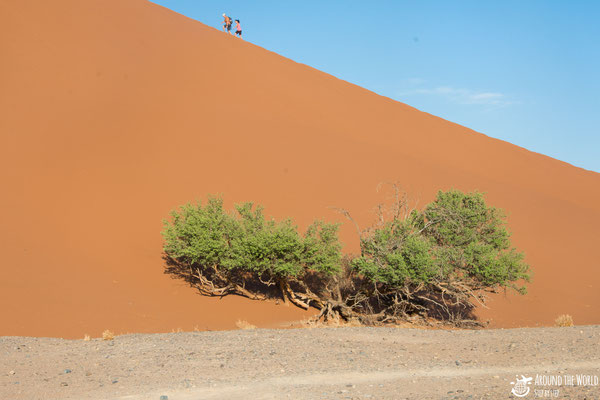 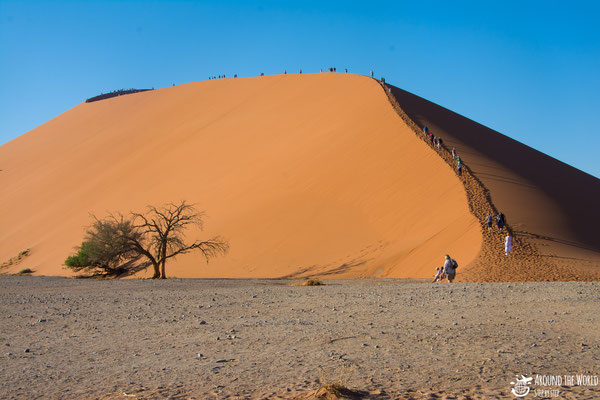 We reached Sossusvlei by foot, trekking the last 5 km through the dunes.  Landscape photo opportunities, Ancient mineral pans, stunted camel thorn trees. It was a really interesting trek, we passed trouht big mama and big papa which is the biggest dune in the world. 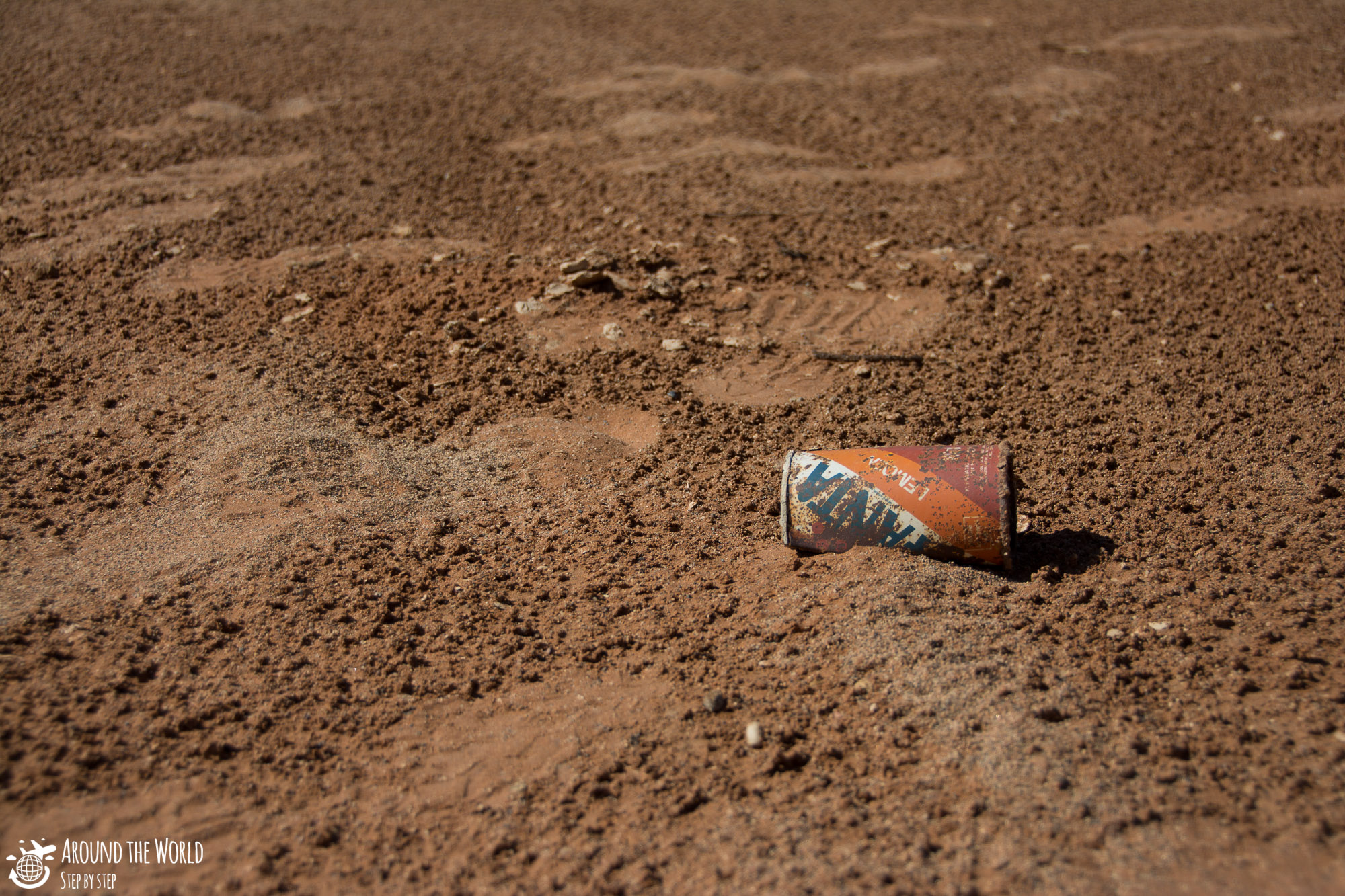 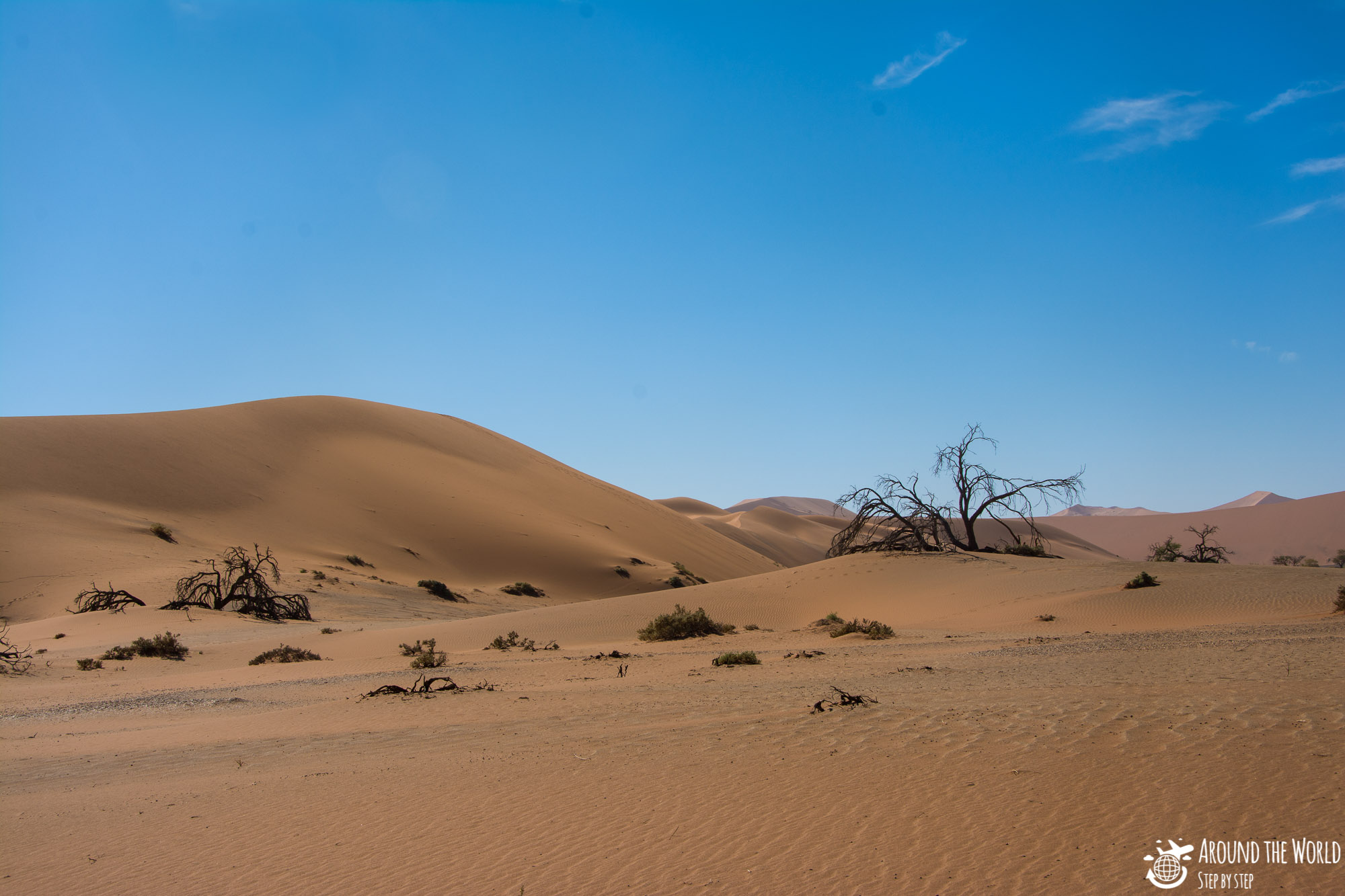 It is not so common to find trees in a dessert, but time to time there are oasis. If the water dry up, it could happened that trees persist even if they are dead.

This place was created as the result of the flooted of the Tsauchab river creating temporary shallow pools where the abundance. Then the climate changed and sand dunes encroached on the pan, which blocked the river from the area. Actually the sand dunes are still growing and probably in the future will be much harder to reach this place.

The result is an amazing place: the contrast of baked hard white rock and dead trees compared to the dune sands and bright blue sky is pretty cool. You can hardly imagine that there was water at some point there. Is incredible what nature is able to do. 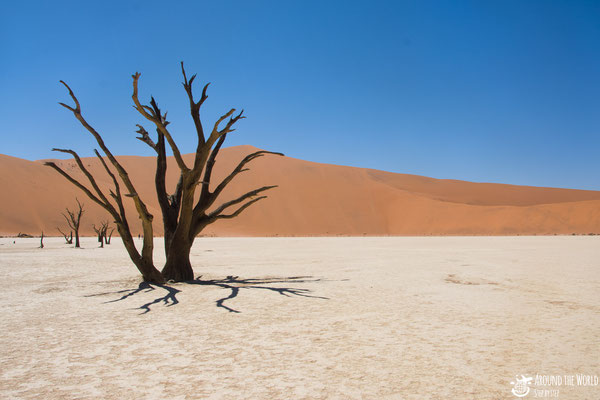 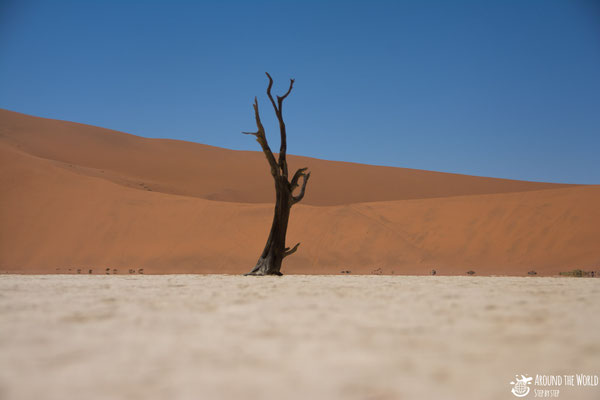 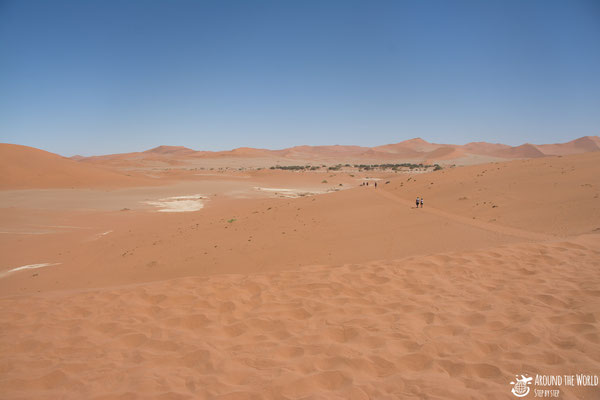 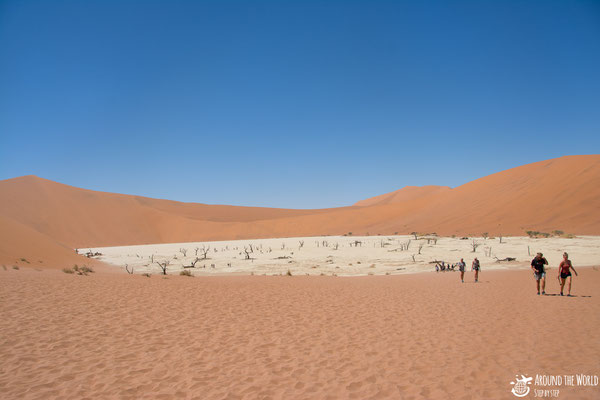 I always wanted to take pictures from stars, but it’s difficult to get them when you live in a city. The stars under the African sky are absolutely amazing, you just can’t see the night sky like this at home.

When we woke up the first night in the desert I realize how bright the stars were, so I decide to wake up again at 4:30 to take some photos of the stars. Probably I should woke up even earlier because at 4:30 there were already many people getting ready to see the sunset, and there were some autos already in motion with its lights, but still I was able to get some nice shoots. 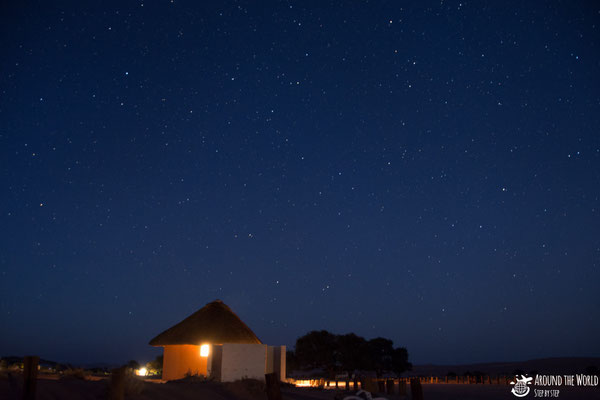 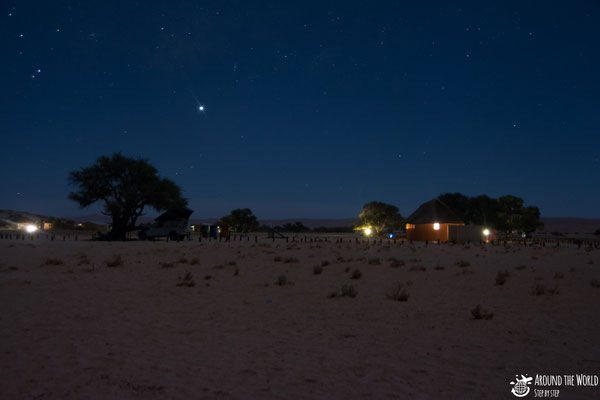 The most famous gas station in Namibia, for decades was the only one before the entry to Namib dessert (now days there is another one just before the Sesriem camping). The gas station still works,  the old cars where some of those which get stuck here.

Inside it there is a post office and a  german bakery where you can order an apple strudel (huge portion by the way). 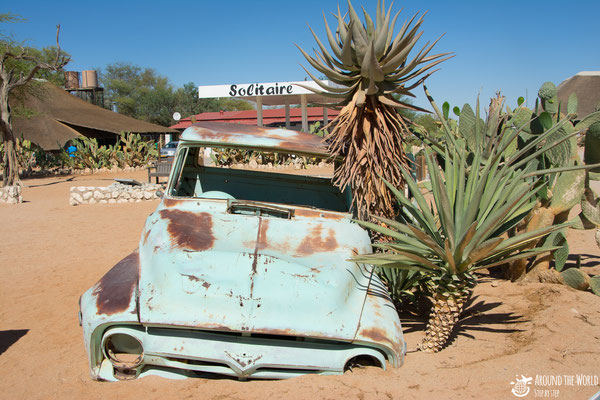 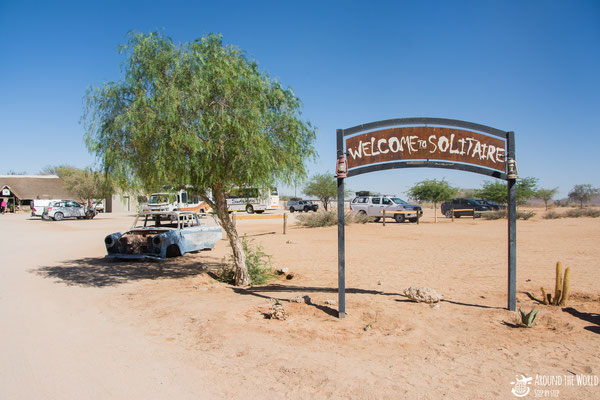 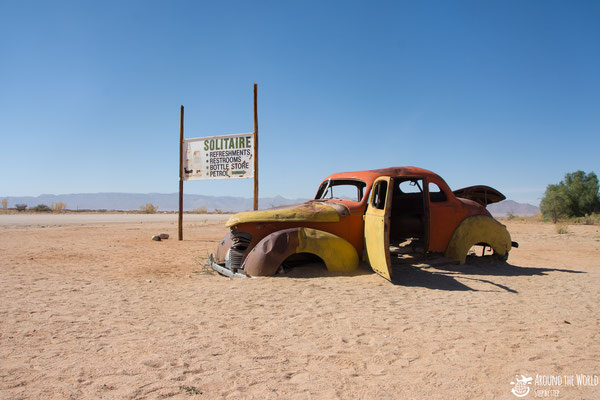 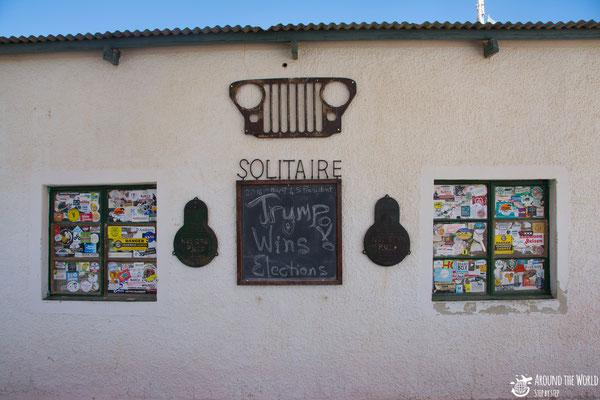 On the way back to Windhoek we make a stop in the Tropic of Capricorn. 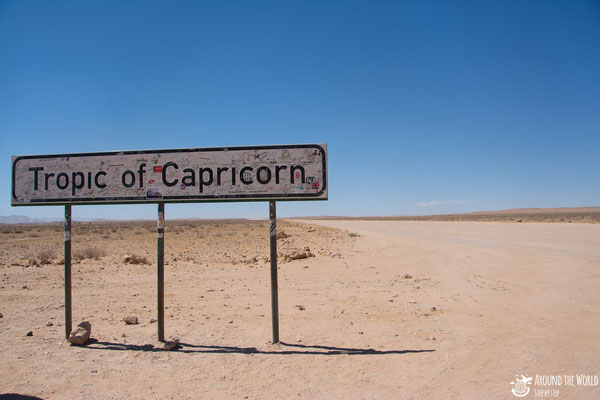 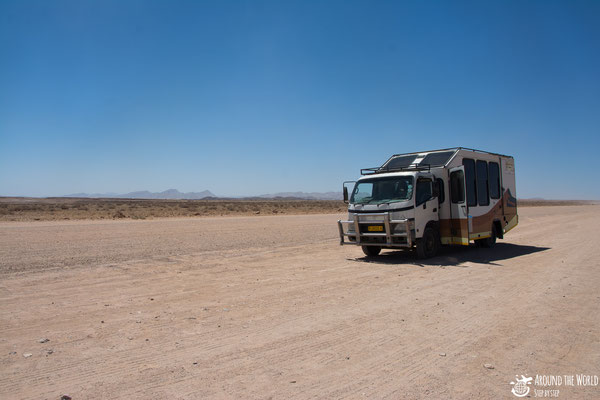