It was late, around 23:00 h when I landed in Managua, I was not really interested in the city so I spent the night in a Hotel close to the airport and the next day early in the morning I went directly to Leon.

I arrive to Leon at noon, because I knew that the station was only 20 walking to the city center, and I only travelling with carry on I decide to walk, to have and Idea of the city. Once I arrive to the Hostel and change clothes and I went to Quezal Treckers agency to arrange the treck to see the sunset on the Telica volcano wich is still an active volcano . My idea was to do it the next day, but in the agency they told me that they have e tour for that same afternoon (in 20 min) and the next one was 3 days later. So I decide to take it, run to the hostel to change clothes and back.

When I came back there is like 13 people waiting, and we start the trip, in a jeep it took like 2 hours, to get to the starting point. The fist one was on the road but the second one was on really pumpy. The idea was to walk around one hour to the grater but we did not get lucky and it start to rain, and the sulfur grade was quite high and it was difficult to breathe. Our guide decided that we descend because it could be dangerous and we waited at another point, we went to see a nearby cave and then had a snack to later climb to the top. We got there but the fog didn't let us see anything at all,we could can hear the roar of the ocean of lava deep down.  The way down to the jeeps was not that easy, it was completely dark and the path was slippery.

The Telica is one of the many volcanoes that are near Leon. The best known is cerro for sandboarding, but I was not interested in.

Seen with perspective I think that spending the night in the Telica volcano would be a better idea. 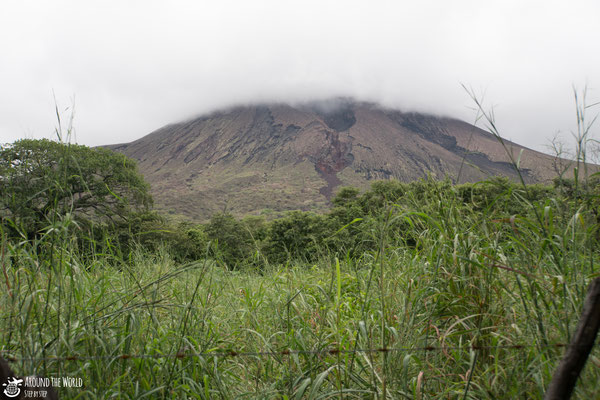 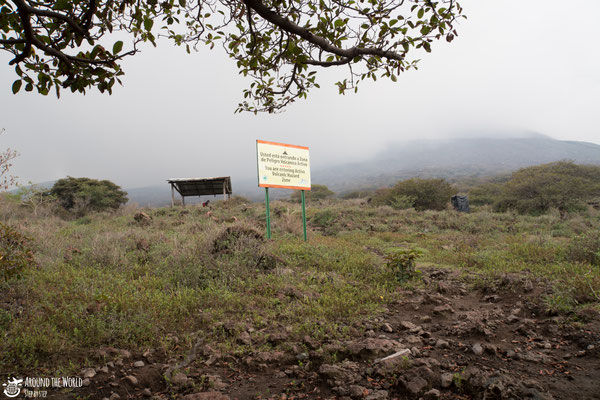 On my second day in Leon I was visiting the city, the first thing I did was to go to the roof of the cathedral early in the morning since it get busy. You have to buy the ticket in the back side of the catedral, there is a small door in front of the market (60 C prices nov 2017). On the roof you have to take your shoes, the places is nice and you have a nice view of the city. 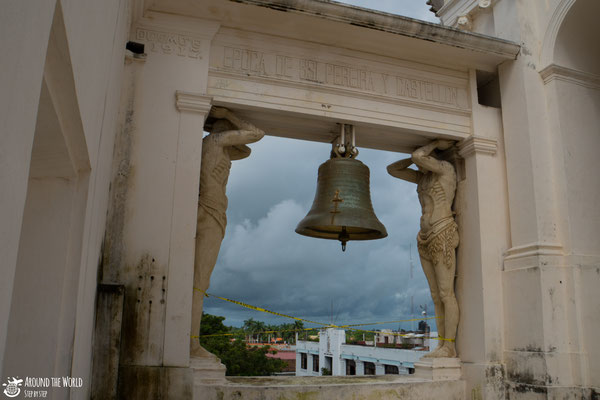 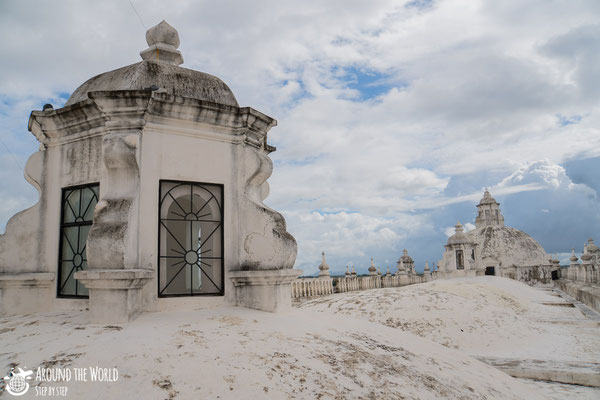 After visiting the cathedral roof I join the free tour, it started at 9 close to the Cathedral. I found this kind of tours always interesting, you get to know the history of the city, and if this case they explain about its revolutionary past, interesting street art. At the beginning of our tour it start to rain, and we stay inside the market where we try some food and drinks. 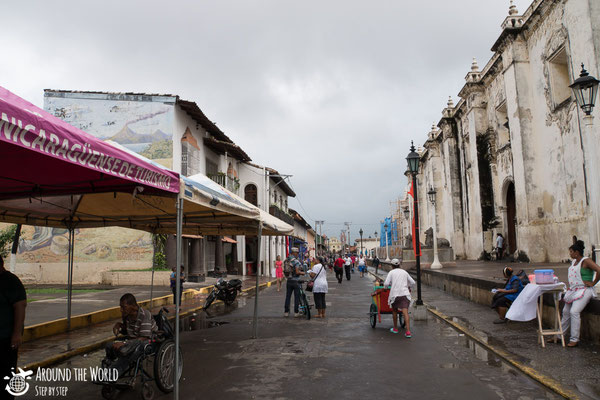 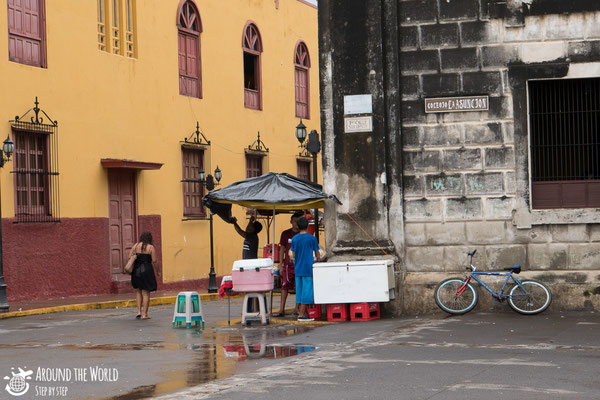 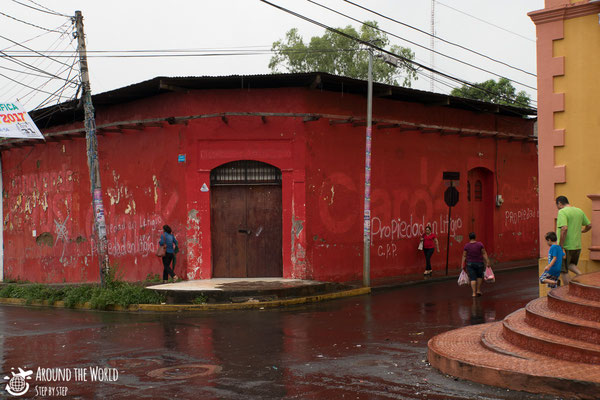 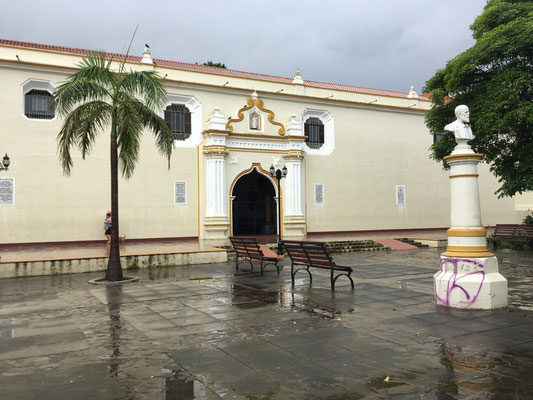 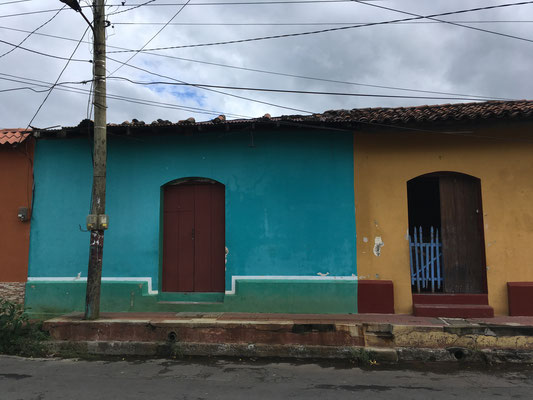 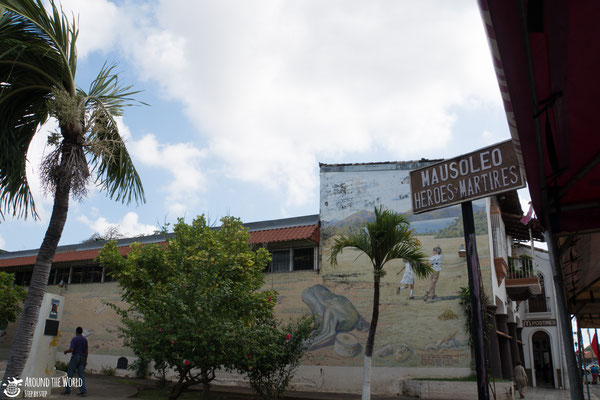 To understand the street art of Leon , you have to know a little bit of its history:

Leon is the base of left-wing political movements and has a strong affinity with the Sandinista movement. President Somoza Garcia was assassinated here in 1956 by a young poet, this fact began the most tumultuous and violent time in the city's history.

The members of the Somoza family which continued with the dictator rules never forgot, and when the revolution came, their wrath fell on this city in a hail of bullets and bombs, the scars of which have still not been erased.

Decades of civil conflict ensued, with the deaths of thousands of men and women, both in the National Guard and within the ranks of the FSLN (Frente Sandinista de Liberacion - a military movement founded in 1962 by a group of intellectuals and volunteers and led by Carlos Fonseca). This culminated in the 1979 Nicaraguan revolution with Leon - due to its centrality to the movement for decades - being the first city to be liberated. 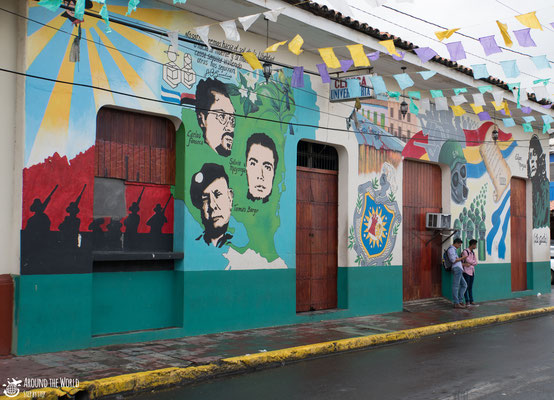 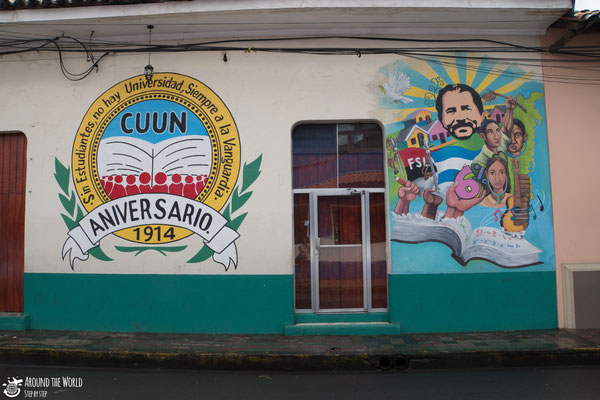 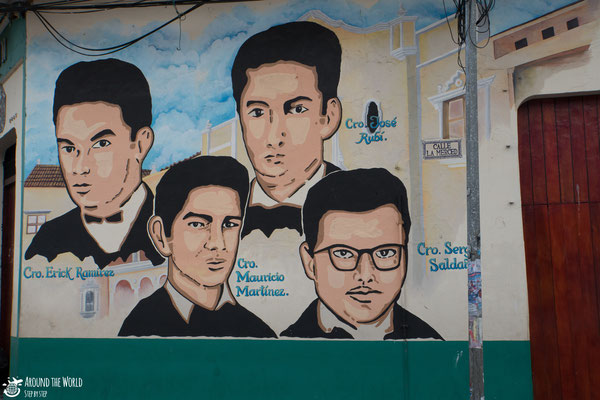 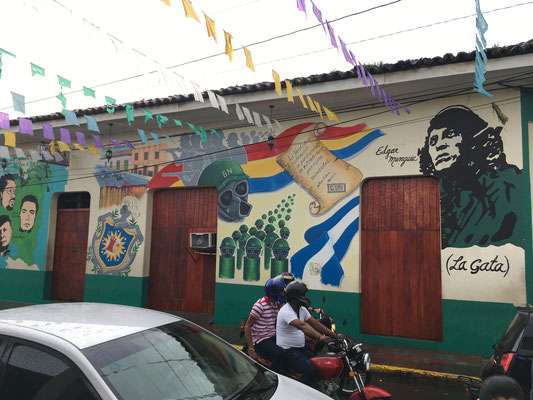 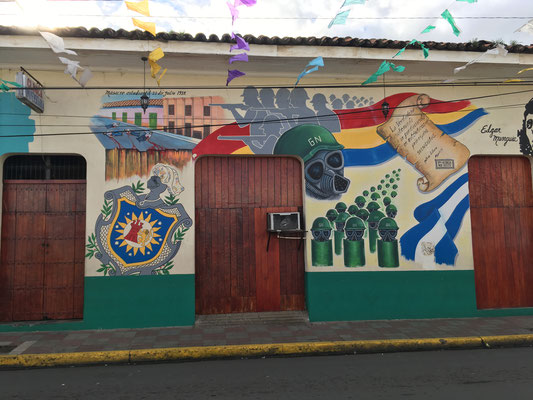 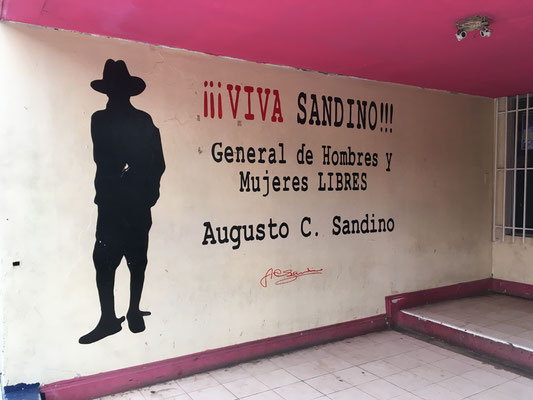 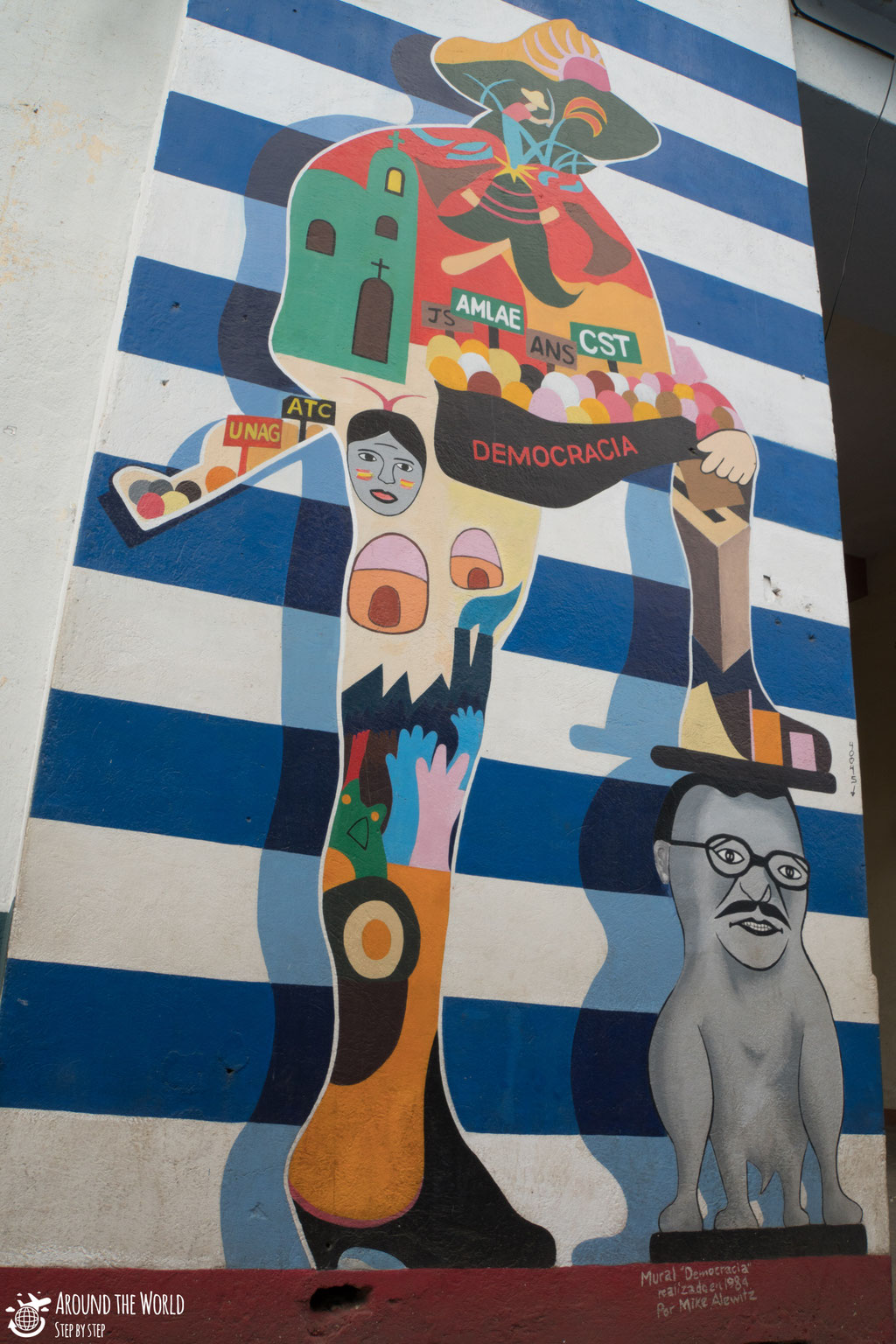 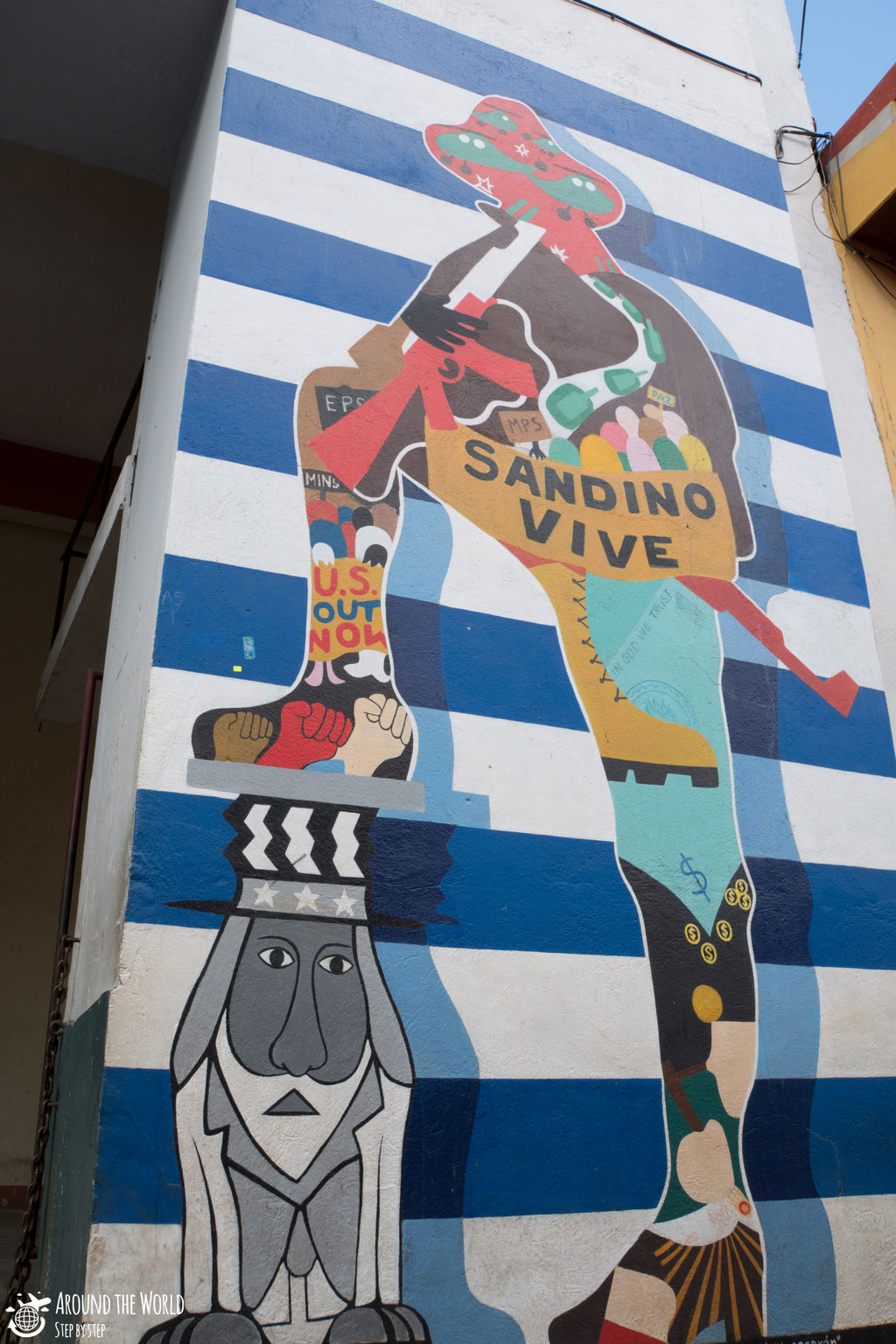 After visiting the city I went to Museo de la revolution, in front of the Cathedral, at the other side of Plaza de armasthis ageing building is a living testament to the battles of the revolution. Within its walls, riddled with bullet holes and memories, you will hear history directly from those that shaped it. It is a place where Sandinistas will show you their wounds and explain what they endured and why.

The museum itself is small with limited exhibits but it’s the opportunity to speak with someone who understands the history so well that makes it worthwhile. 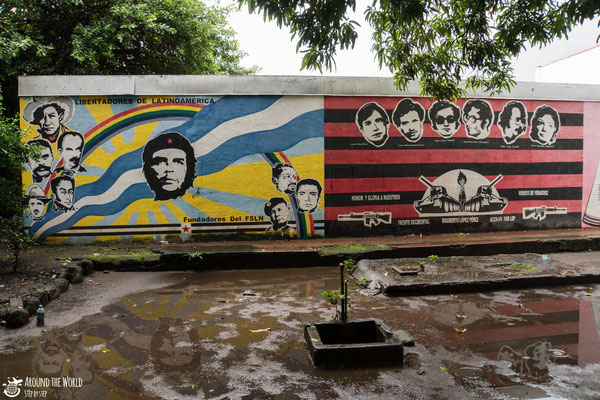 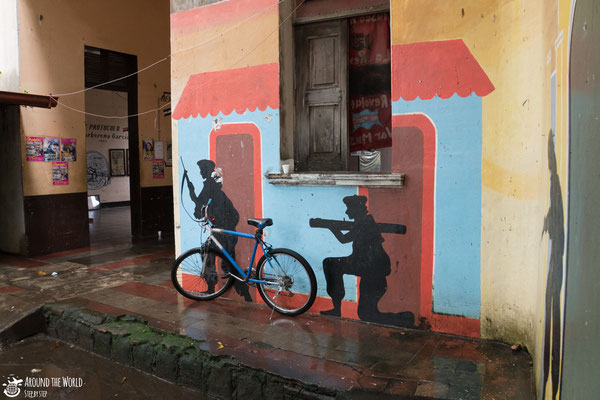 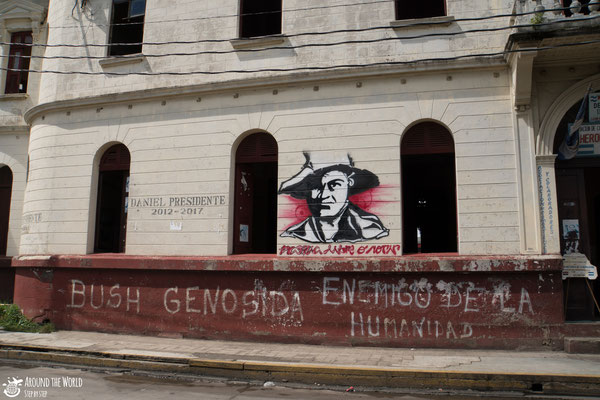 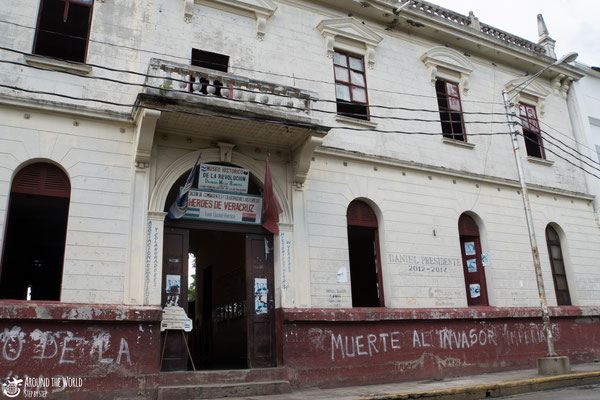 After the museum of revolution  I visited  another museum of myths and legends. Set in a former prison - notorious for political prisoners and torture - the building lay abandoned from 1979. In the past few years, it has been rehabilitated into hosting juxtaposing exhibits of not only what occurred within these walls during its time as a gaol, but also focusing on Nicaraguan fairytales, myths and legends.

And that was the end of my visit to Leon, or thats what I thought. I went to and ATM and it took my credit card, it was Saturday afternoon so I was forced to stay till Monday morning to try to get my card back (what I did). During the Sunday I spent the day walking around and talking pictures of the revolutionary murals that you can find around the Street and the many churches of Leon. In the afternont I went to la playa las peñitas and spent there some hours there. 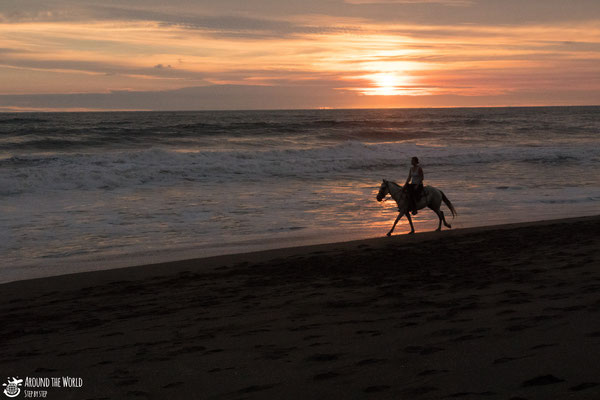 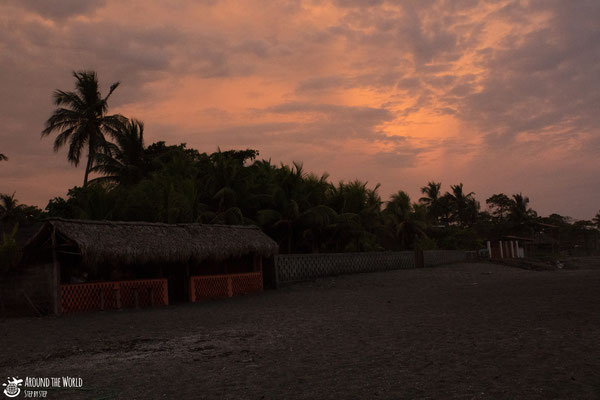