The only thing that I knew about  Macedonia before I went was the picture of the church of Sant Jovan Bgoslov kaneo, with the lake in the background. I had seen it millions of times. This small Orthodox church located on top of a cliff is the most photographed place in Ohrid and probably in Macedonia.

Ohrid located in the south of the country is the most emblematic place in the country. Summer resort for locals (even the president of the republic has his summer house on the shores of the lake), is a town full of charm that is well worth a visit. 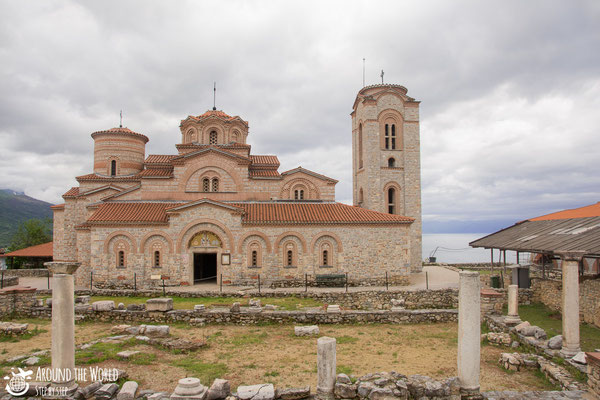 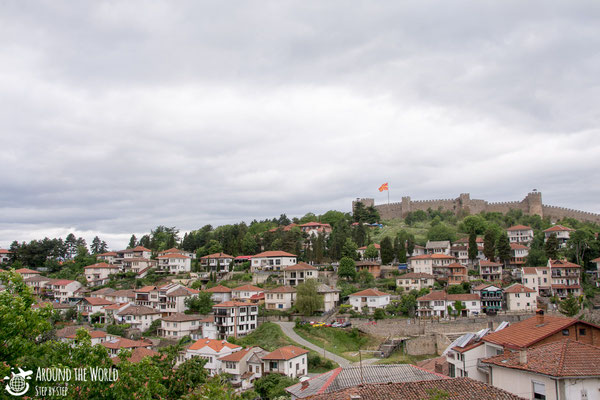 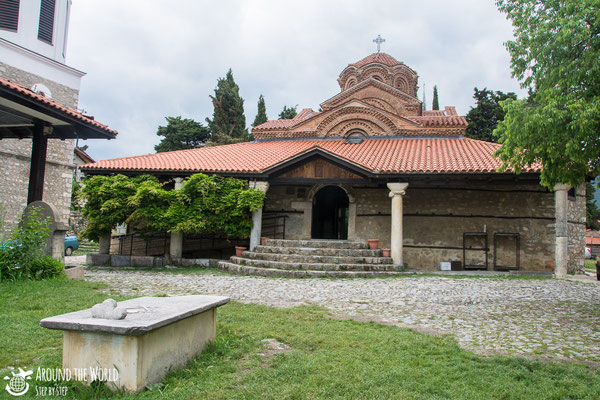 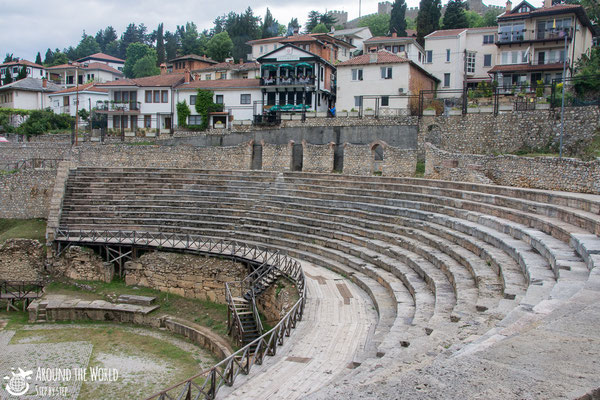 In Ohrid there are churches, as many as you want to visit. There used to be 365 churches in Ohrid, one for each day of the year, therefore the city was often called Jerusalem of the Balkans. Now there are not so many of them anymore but still there is one on every second corner. The city is also one of 28 UNESCO World Heritage sites that are both on Cultural and Natural list.

Kaneo is the most visited church in Ohrid, big groups of people come to visit it. I can't remember the price to get inside because I did't, it was really small.

It has been built on a small cliff overlooking the lake ... and as you can imagine the views from here are simply unforgettable. 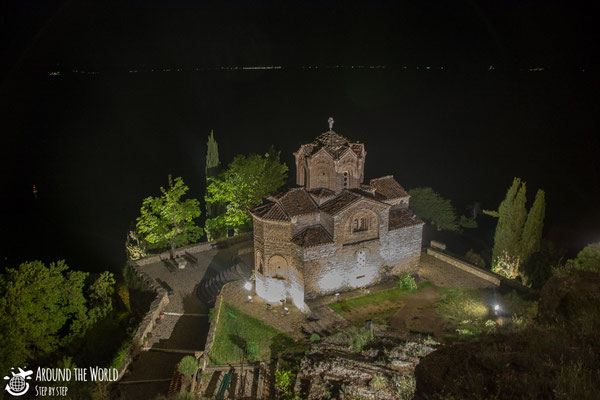 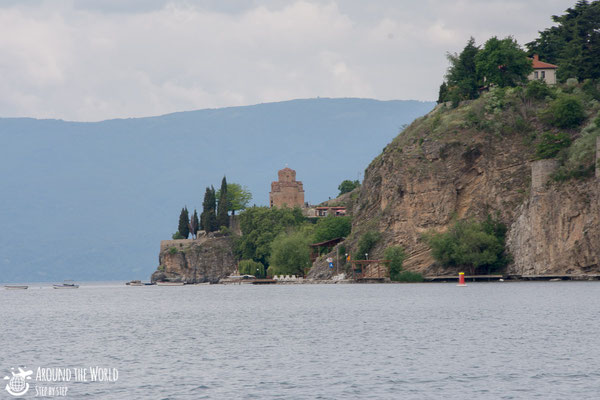 But above all the churches Ohrid  has water, and the tranquility that it brings. The clarity it has due to the low amount of phosphorus is striking. Lake Ohrid is of tectonic origin and one of the oldest on the planet. It belongs 1/3 to Albania and 2/3 to Macedonia.

After spending a day visiting  the center of the town with its churches, our second day take a tour of the lake in a boat, I think we paid € 20 per person, for 3h trip  stopping at some points. Along the banks there are some monasteries that were originally free entry but now are gradually starting to charge entrance.  There is also Water museum. The truth is that it is a very pleasant journey. 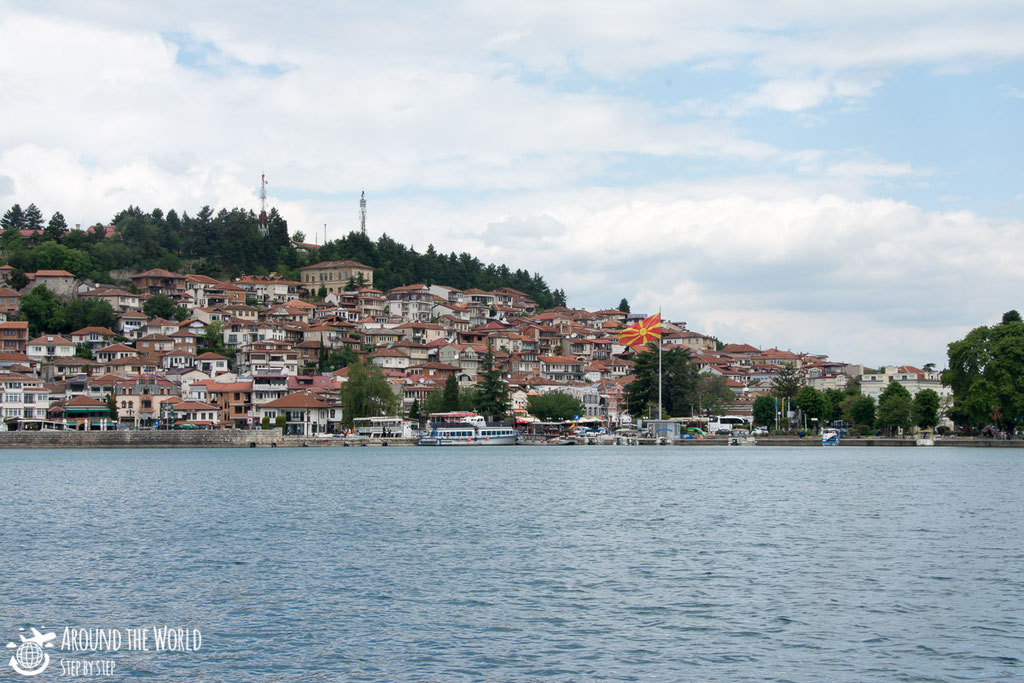 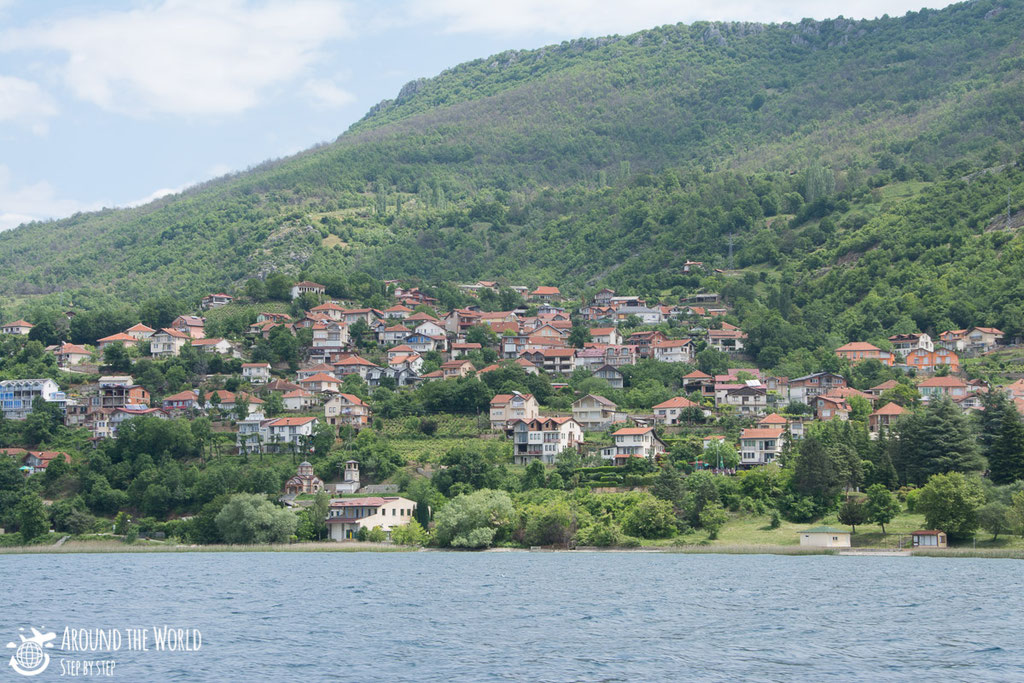 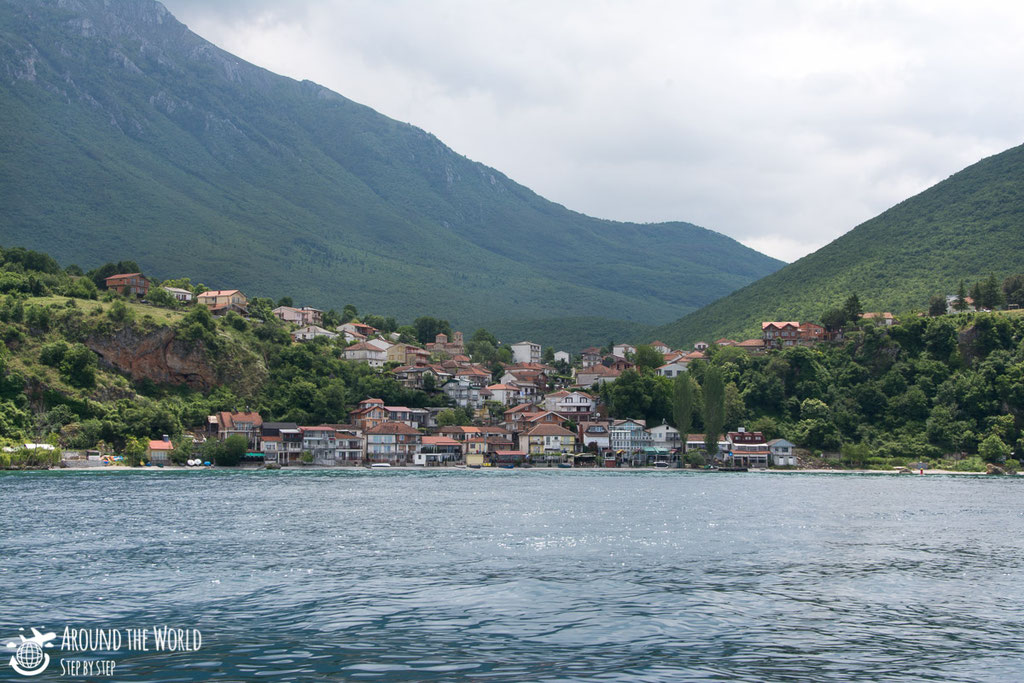 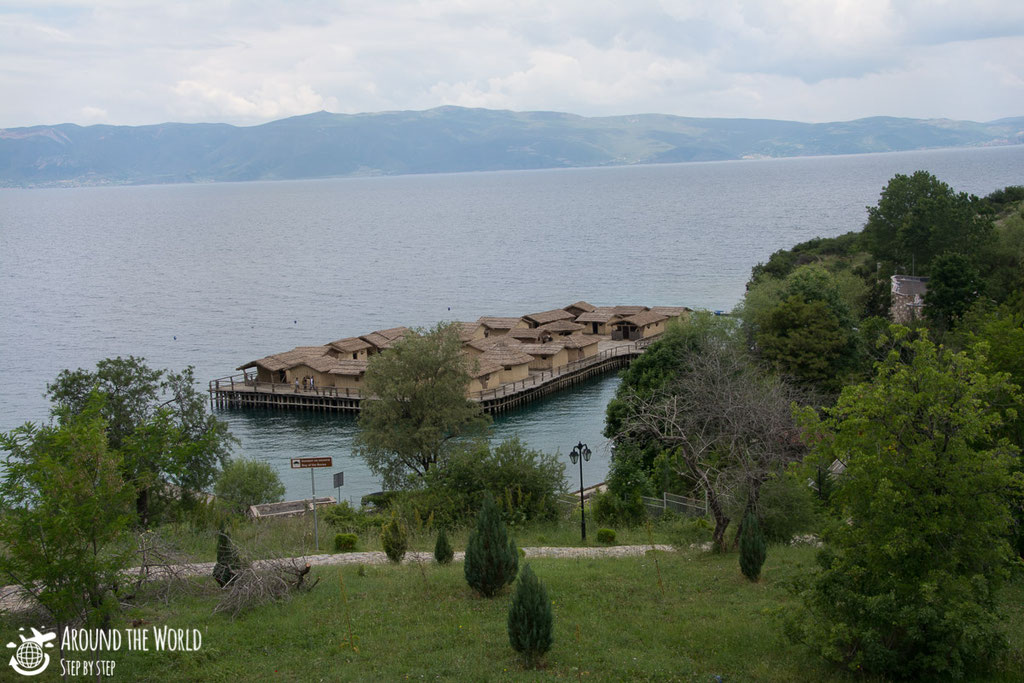 The last stop was The Monastery Sveti Naum, very close to the border with Albania, this monastery orthodox is a beautiful and popular place, is surrounded by some of the lake’s sandiest beachfront and one of the best swimming areas. 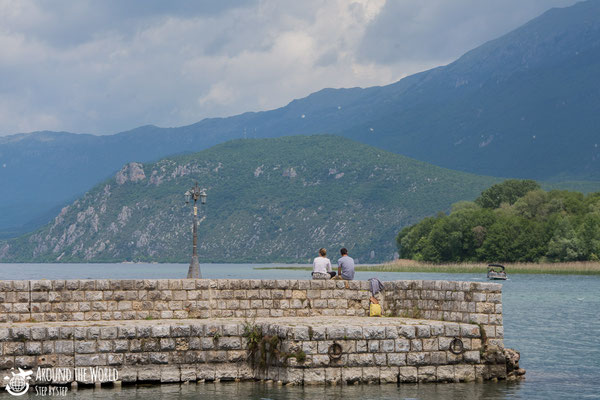 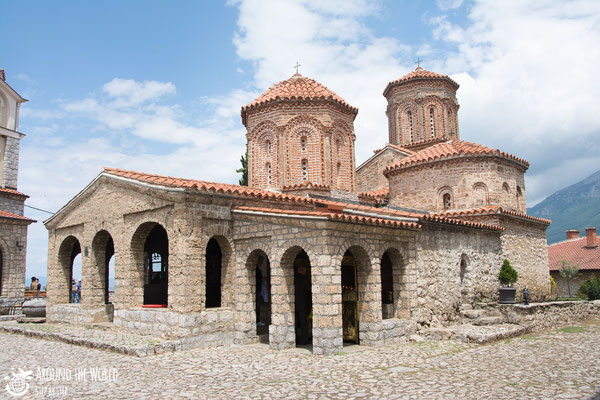 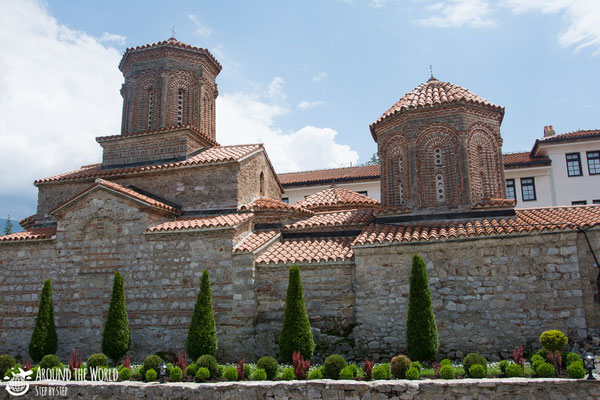 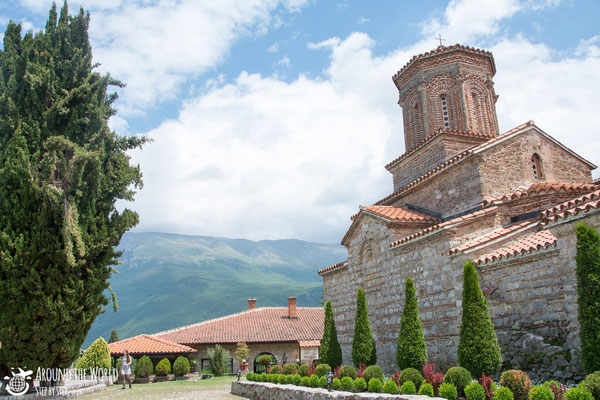 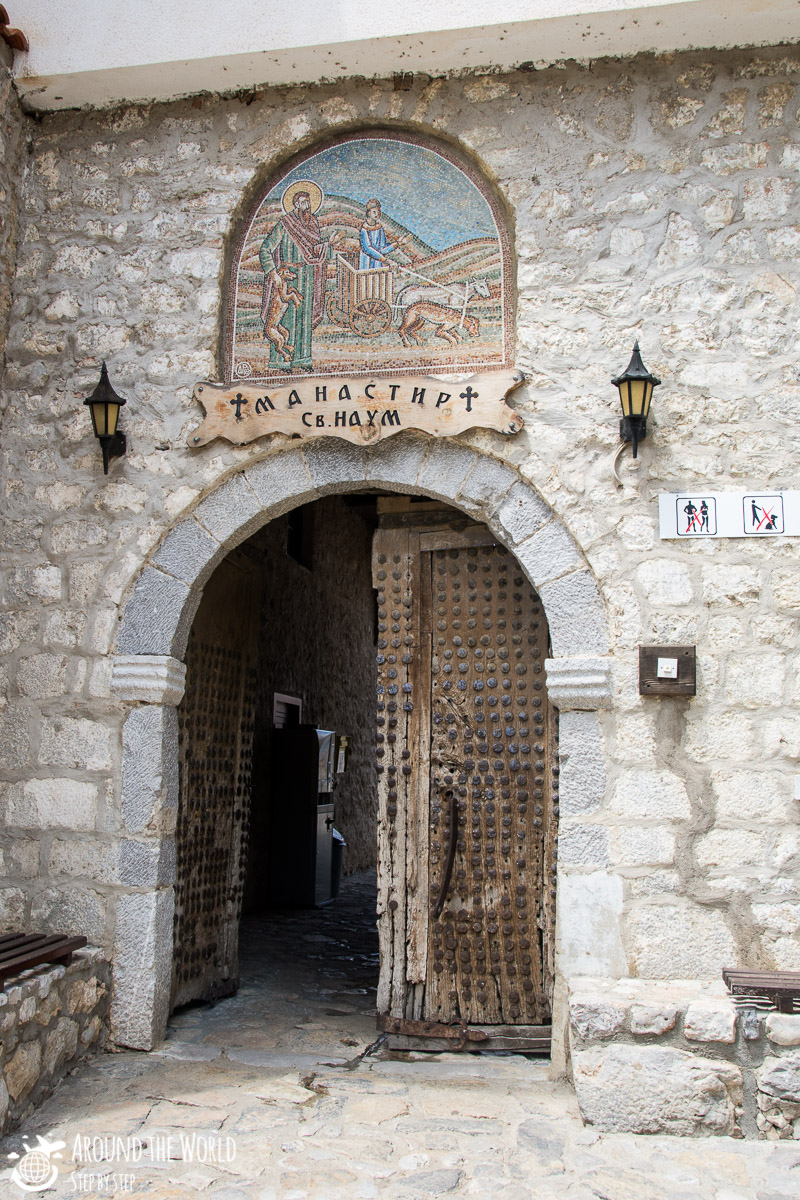 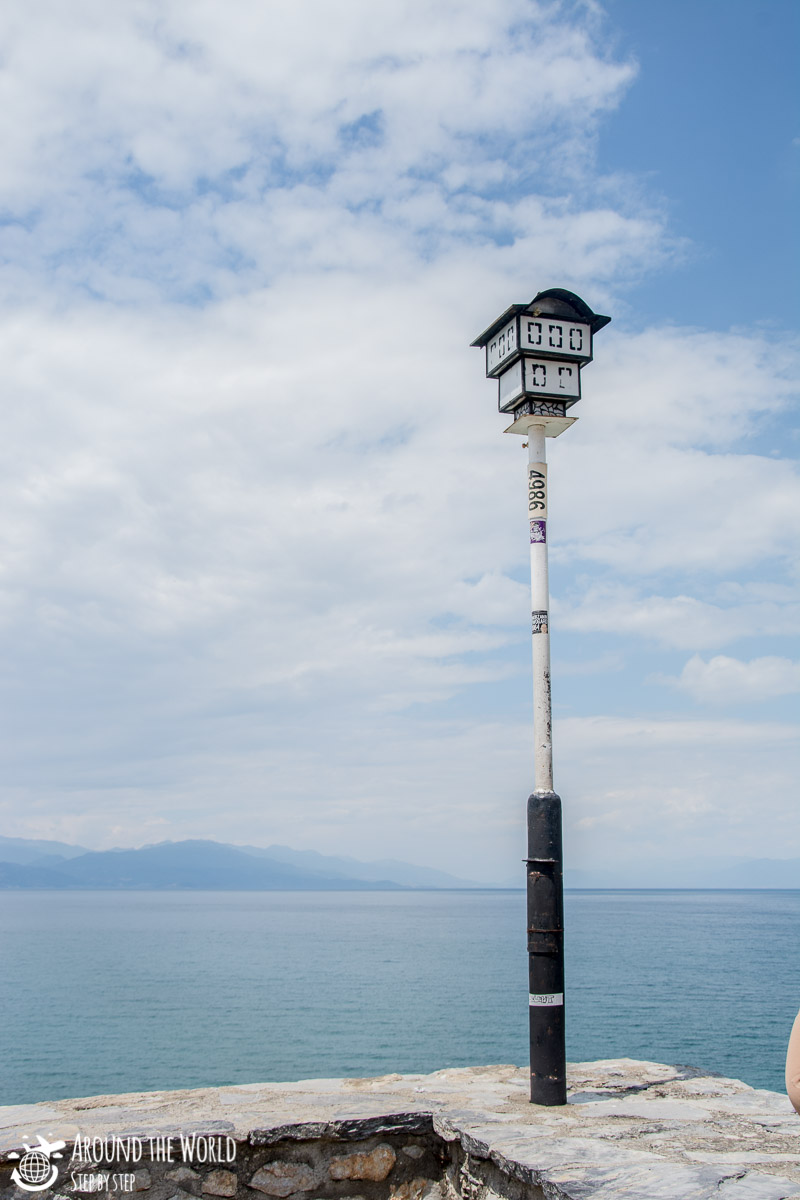 Located on a cliff the monastery contains the tomb of San Naum monk who lived with Saint Cyril and Saint Methodius, creators of the Cyrillic alphabet. The church is not as ancient as others in the area as it is mostly from the 16th and 17th centuries but Views of the lake from the terrace are stunning.

We return to Ohrid by taxi (included in the price of the excursion) because that afternoon we were traveling back to Ohrid and we did not want to miss the bus.

(both with lakeside setting, fresh fish and really nice atmosphere)