It was clear to me that the best of Macedonia was not going to be its capital, what I did not know is that Skopje was going to be one of the weirdest cities I've visited in my life.

At first glance the center of Skopje is a puzzle of pieces that do not fit with each other, but what really stands out is the overwhelming number of odd-looking monuments ...

Skopje 14 is a project promoted by the Macedonian government with the intention of providing the capital of Skopje a more classical appeal. The project, officially announced in 2010, consisted mainly in the construction of museums and government buildings, as well as the erection of monuments depicting historical figures from the region of Macedonia, trying to rebuild the city that was practically destroyed by the earthquake of 1963

That was the idea, the reality is that in 2017 you have the feeling that Skopje is still under construction, and the only thing that this project has done is build buildings in a  style that have nothing to do with the history of the country,  and statues, many statues,  each one bigger. The guide of the free tour that we did on our last day in Skopje told us that he did not like it, that it looks like a fake city, just a copy paste from ofthers, I even told us that there is a project to put a copy of the "London eye" in the River bank. All nonsense.

The project should have ended in 2014 but things are still half done, you may have to see that society sees how its rulers spend money on statues and flourishes for the city but instead do nothing to improve their level of life or lower unemployment.

The "most important" monument of the renovation project is a column 10 meters high with a statue of 14 meters hight in the Macedonia Square. Despite being called Guerrero on horseback, the figure looks suspiciously like  Alexander the Great, specially the horse. Because of the disputes with Greece it has not been possible to give the statue the name of the name conqueror. 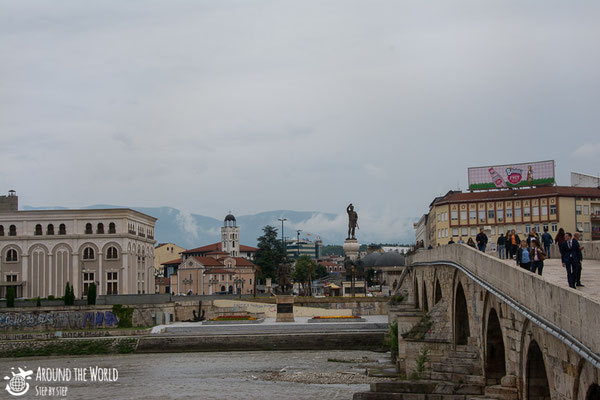 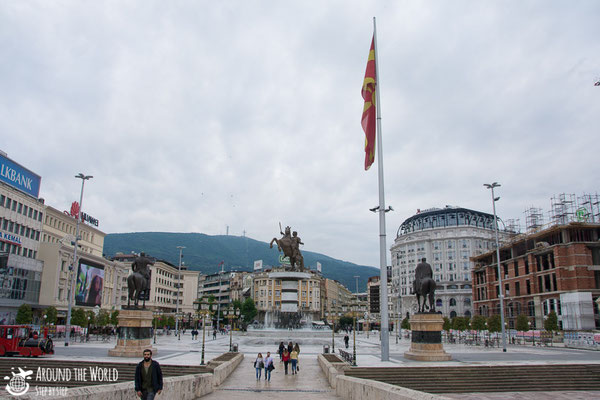 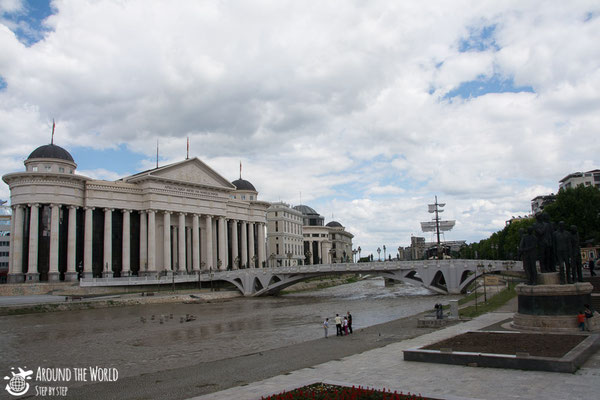 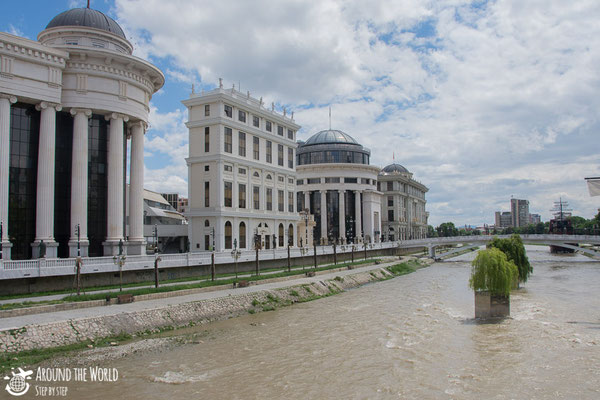 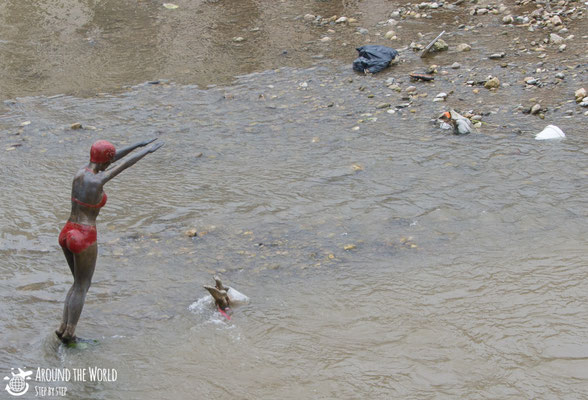 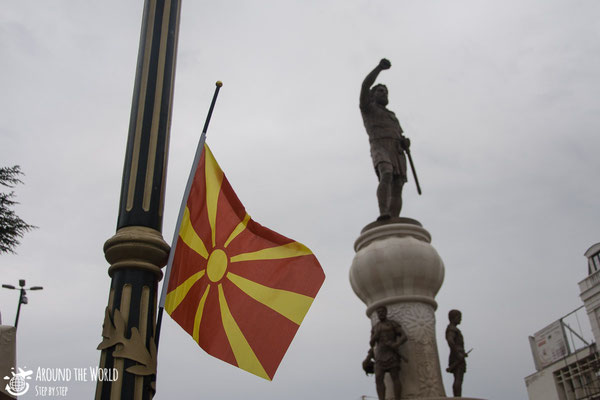 Next to the Macedonian Square is the Stone Bridge, built by the Ottomans in the XV century, from there you can go to the banks of the river Vadar official buildings (museums, ministries, courts) all of them newly built but that pretend to emulate different styles architectural that have nothing to do with each other and not with the history of the country. Parallel to the stone bridge another 2 bridges full of statues, for a change in this city ...

Cross over the river away from the statues and new buildings and you will be transported back in time to the Ottoman era of Macedonia where the old muslim traditions get mixed with the life of every person who pass from these narrow streets.

Fortress Kale  It is situated on the highest point in the city overlooking the Vardar River. The fortress is not very special, but there's good views of the city from up there. Entry is free.

The "Old Bazaar", one of the largest and oldest Turkish bazaars in Europe, a legacy of the Ottoman passage through this territory. A lot of shops to buy anything you can imagine and also a lot of restaurants, is lovely place to get lost.

Numerous minarets of mosques rise up between narrow streets, probably the best known of all, the Mustafa Pasha Mosque. This mosque is quite old but it's very well maintain. In the grounds of the mosque are Mustafa Pasha's mausoleum and his daughter.

It has  colorful gardens which includes a water fountain with taps to wash or drink from, there are also toilets

At night this area is full of cafes and bars full of young people, mostly boys,  at some point my friend and I were the only girls in the street and we felt a little bit observed 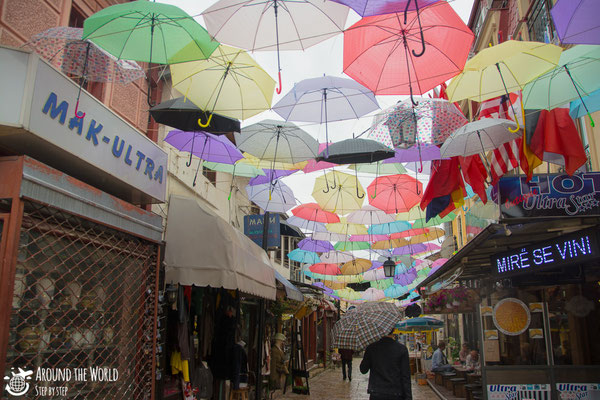 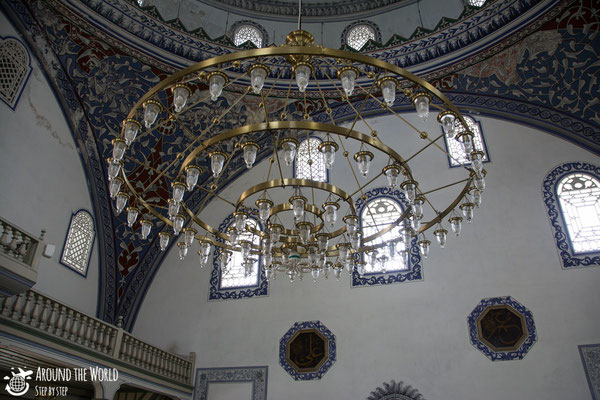 Other interesting things from Skopje

The remainder of what used to be Skopje's main train station until the disastrous earthquake of 1963 caused part of the building to collapse.  The old train station, which partly collapsed in the quake, was left in its semi-destroyed state and is now the premier memorial to the disaster. Its remaining half still stands at the head of Macedonia Street, with the clock on its central facade stopped at 5:17, the exact time the earthquake struck. 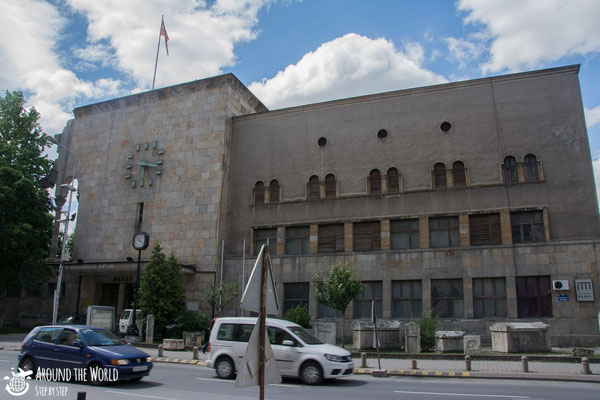 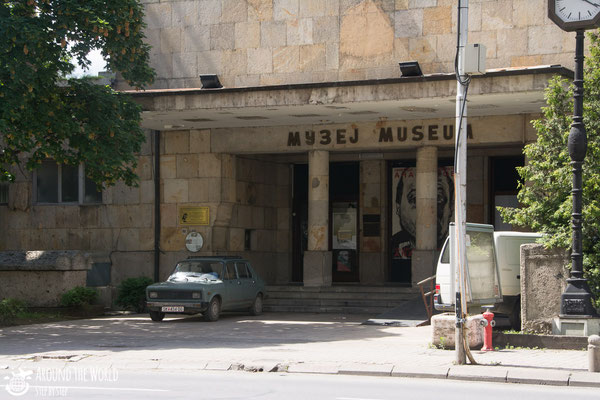 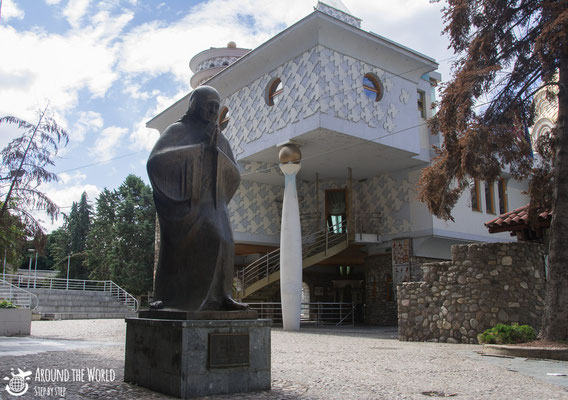 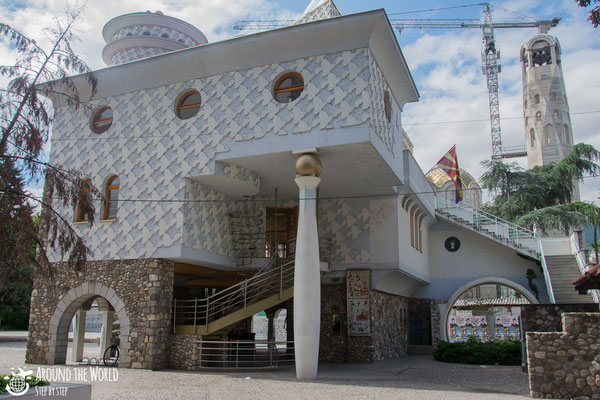 Memorial House of Mother Teresa, with a retro-futuristic architecture,  inside the building there's a small first-floor museum displaying memorabilia relating to the famed Catholic nun of Calcutta, born in Skopje in 1910.

Street booksellers, the one in the photo is from the main square, but there are more along the Vardar River. Their stalls resemble those from along the Seine in Paris and the product range is pretty similar too.

Cathedral of Sv Kliment of Ohrid, I didn't get inside it but interestingly shape of this building, in the form o a dome with a smoler one at each corner make the church really special, it is like taring at a space ship. It is the biggest church in the city. 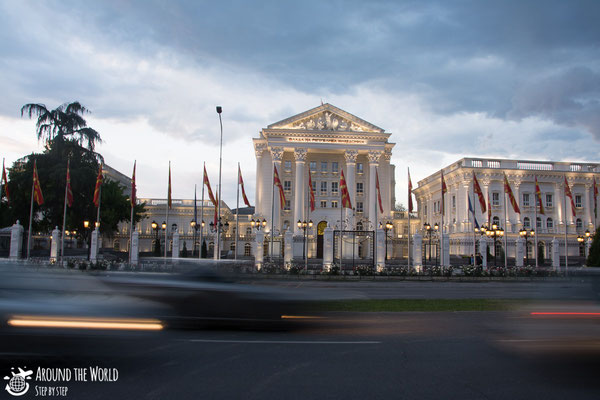 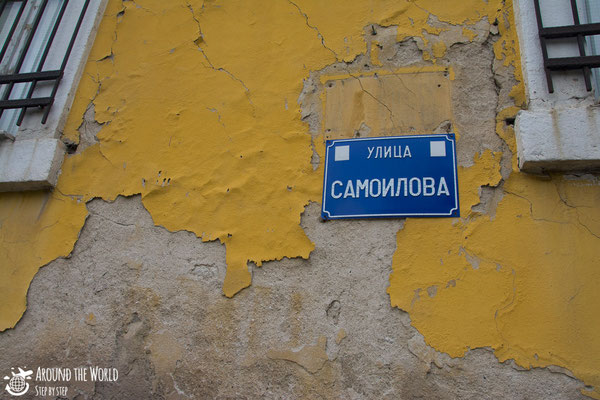 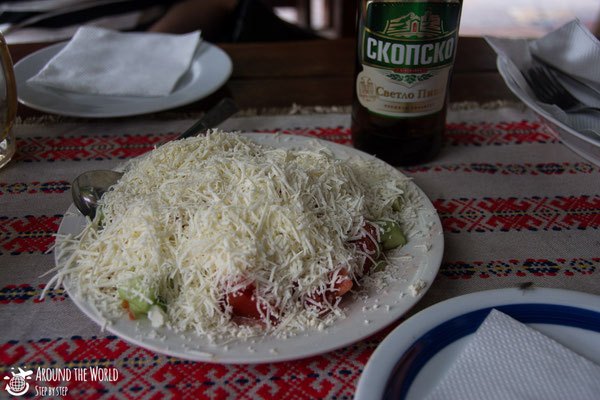 Matka Canyon is the ideal day trip from Skopje for anyone who loves nature, cool rocks and hiking, a beautiful natural enclave just 15km from the Skopje

Lake Matka, as well as its canyon, is the oldest artificial lake in the country, you may realize that it is artificial since before entering you see the dam that separates the lake from what would be the Treska riverbed.

The rest is a wonderful display of the beauty of nature. Steep peaks surround the waterside which can be traversed on the many constructed paths. Some take a gentle stroll clinging to the steep walls, others require a strenuous hike up to the various vantage points dotted with centuries old monasteries!

Our initial idea was, after doing a small tour with a small boat and visiting a cave to make a small trek through one of the many paths , but it started to rain so we just ate while waiting for the next bus back. it was a pity because the place looks great to spend a day walking around. 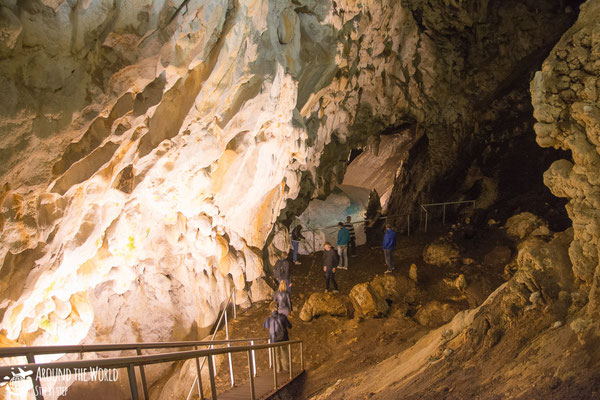 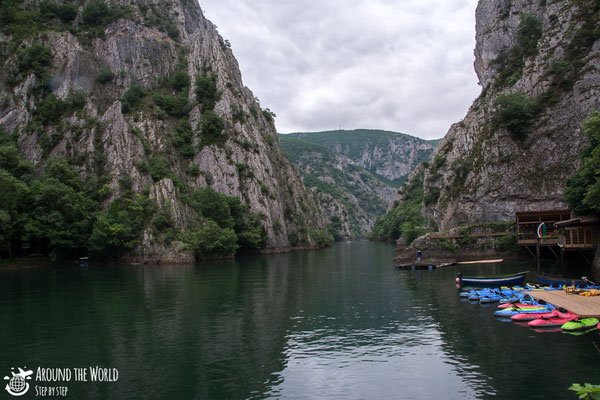